At 19, I was coming out of a rough time where I landed myself in a time in life that caused me to fall. The fell hard.

I kept trying to get back up.

Inevitably, something would knock me down again and I would fall again.

Fortunately though, through endless prayers and tons of strength, I barely found a way to pick myself up and make a plan to change course.

I made decisions to take a new route, to get some clarity, to refocus and heal from the some life-altering falls. Most of these falls were related to things beyond my control, and not my responsibility (some details need to be held close to one’s heart)

So I put it to prayer and discerned my next step. One such prayer or plea was to send me someone — someone who would understand, and who would show respect, dignity and unconditional love.

While working in a co-op job (with little pay) during the semester away from campus, I also took a job at a local country club in the service business. This is where my love affair with hospitality would serve me well for years to come.

My first night on the job was serving a huge wedding (oh, the irony!) I met many other servers who would eventually become some of my favorite people for the next few years. My manager quickly introduced me to the group of young adults all standing around in the uniforms chatting and standing ready to serve this wedding.

Here I was shifting awkwardly in my stiff new black & white apron uniform. I was never afraid to meet new people, but my extrovert self was missing in this moment. I wanted to fade in the background now more than ever these days.

From across the room I met a few other people. One guy was yapping away at how he just turned 21 and laughing about the details for celebrating his birthday just 10 days before.

Seconds after meeting him, I turned to the manager standing beside me, I said, “I am going to marry that guy.”

I really don’t know what it was or why I said it.

While he had dashing good looks and ridiculously funny ways of delivering a joke, there was just something about his presence —something about the way he just seemed steady and safe. Something I really could not articulate.

She laughed at me, having no idea how serious I was about that statement. She replied, “Well, he is a great guy and he’s easy to look at.” I didn’t even know him.

I barely paid attention to him that night. We were so busy serving a wedding and I was getting to know the job and trying to fit in.

But somehow knew I would marry this man.

We both attended local colleges and worked our way through by working at this club. While we did see each other on occasion, our shifts didn’t always jive especially as we finished out our spring semester.

Over the next year, we spent a great deal of time with the group of amazing humans with whom we worked. Sometimes after work let out, we would head to the local clubs to hang out, eat, and maybe dance for a few hours. Sometimes our schedules would align, sometimes they would not.

No matter, it was always so much fun.

About a year later, the stars began to align and so did our hearts.

As legend would have it, our first official date was the same day a year after we met. From there, we began to spend more and more time together.

We kept this quiet for months to avoid any workplace banter or to make it awkward for our friends. But mostly, we really wanted to protect what we were trying to build.

While we still hung out with our work group socially after our weekend dinner shifts, we kept our “dating” separate from social time with our co-workers.

Most of our dating was actually sitting in mass together on a Sunday morning, going to local libraries all over town to complete schoolwork, going to the gym, riding bikes or roller blading (yes, roller blading, it was the 90’s people) at local trails or parks.

After about 6 months of the dating adventures being kept under wraps, I had to come clean when a good friend of mine asked me what was going on with me.

She could see I could not contain the smile on my face. I am not a very good liar and I really couldn’t avoid the truth any longer.

Since we were all planning a trip to go skiing at the end of February it seemed the perfect time to reveal the truth to those who would be with us.

A few truths were revealed.

Truth number one, we are actually dating and have been for many months.

And truth number two, I had never been skiing and that truth was going to rattle me for the coming weeks as the excitement for this trip was building around me.

Like so many other things in my life at this time, this impending ski trip was weighing on me.

This trip meant a lot to me — not just to go, but to be part of the experience. Yet I had no idea how I would overcome the fear, the worry, the not being enough. Forget that I had never even been skiing. Learning to ski and possibly hold others back was not something I wanted during this trip.

Maybe I was worried about the approval. You know where you want to impress the person who holds your heart. There may be a risk whether your relationship works or not. Sadly people and some relationships are marked by those types of conditions, because they lack unconditional love.

This guy who held my heart knew I wanted to get on skis. He knew I dreamed of getting to the top of that mountain (and other future mountains — metaphorically speaking, of course) and learn to love skiing like he did.

And maybe more than anything, he wanted me to not be afraid of the unknowns — he knew I wanted to be safe and secure and know I was loved.

This guy, Mr. Laughter, was learning that I am not one of those people to be pushed/forced to do something because of wounds of the past. I would never enjoy going to the mountain to ski if I did not know how. He figured out that I needed to feel safe. I needed to feel secure as I learned.

With this impending ski weekend coming I could not come up with any more excuses except to just overcome my fear, make a complete fool of myself and sit this one out in the lodge while all others took to the slopes.

I even giggled at my plan, master of all things hospitality, I would stay back at the cabin and just cook and prep all the meals. (That would have been fun but very lonely.)

But it was one small gesture that took me by surprise and the one gesture that in the end would let me know I was loved.

On Super Bowl Sunday when everyone in the world was watching the big game, all of our friends were off at parties to which we declined, we drove to a small local ski slope.

The parking lot was practically empty — Jon, Mr. Laughter, saw the relief on my face.

I was carefully fitted with boots and skis. Looking back now, the explanation I was given for how to get in and out of the boots is the same gentle and loving tone I have seen this man coach our children and others with throughout the years.

We walked through the lodge and the mountain stood in front of me. The mountain felt like our own and I had an inkling I was about to move mountains.

It was practically deserted. And while small, it took my breath away. I love the snow and the cold air. What I knew for sure, I was about to fall in love with skiing and a man.

I knew it was going to be what I needed to gain some courage. No one needed to witness my skiing debut debacle.

What he did was nothing sort of crazy and endearing at the same time. The one thing I needed to learn more than anything else in the world this guy was willing to slowly, intentionally and graciously teach me.

He was going to teach me how to find a way to overcome a fear — that seemed backwards given my “gift for falling.” (insert sarcasm about said gift)

He taught me how to fall.

The first time I stood in the snow with those clunky boots attached to skis, before we rode up to the top of the mountain, he said, “When you learn how to fall, you protect yourself from greater damage. At some point all skiers fall.”

He explained when you ski, and get yourself into a tricky situation, learning how to fall can help you to avoid getting hurt.

Isn’t that the truth? At some point, we all fall.

So he practiced and kept making himself fall. As always, I was laughing at him and it lightened my load.

After I stopped laughing uncontrollably at his antics (hence the Mr. Laughter. He’s the laughter to the House of Love and Laughter), he asked if I was ready to make myself fall.

Be still my heart. He asked permission if I was ready.

Then this girl who already found herself stumbling through life had someone lovingly teach her how to fall.

It seemed ridiculous to make yourself fall, until I started skiing fearlessly down the slope all while his steady hand was there to grab me. It was ridiculous until I learned that we can still fall as long as we are held.

He showed me how to dust off the snow and then get up stronger and quicker. He showed me that I was not going to be left alone to steady myself when I was trembling.

He showed me what it looked like to be safe even when I fall.

We closed the mountain that day, persuading the lift operator to let us hop on for one last run. The operator must have known what it meant to me as I was gaining confidence.

On this last ride up, with heavy boots and skies dangling below, a chill on my face and warmth in my heart, I knew I was held closer than I ever before.

Someone took the time to safely teach me how to fall. And more importantly he taught me how to stand back up stronger than ever before.

My life turned dramatically that day, it turned toward a clear path I longed to see in the mountains of snow drifts that my sometimes heavy life felt like many days. That day revealed an answer to the prayer I prayed the year before —to send me someone.

With ski poles in hand, I jumped off the lift and yelled back to the one who taught me how to fall.

“Hey, I’ll race you down. Yes, I know I might fall,” I chuckled behind my scarf. “But that’s okay, because now I know how to pick myself back up. Because I know this guy, he made it safe and he taught me how to fall!”

As he waited at the top to watch me take the run, I yelled back with all of the love and confidence in the world, “You know, I am going to marry that guy someday.” 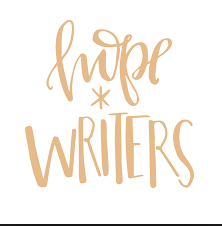 Take the quiz to find out if you are a Hope*Writer, too! Hope*Writer Quiz